Ultra Violet is so last year. This year we welcomes a pink hue color – Living Coral – as the color of the year. Announced on 6th December, the Living Coral color is described by Pantone as an “animating and life-affirming coral hue with a golden undertone that energizes and enlivens with a softer edge”.

The color is also said to reference the nourishing impact of coral on sea life, as well as the “devastating” effect of today’s society on the environment.

Compared to 2018’s color of Ultra Violet, described by the company as a “dramatically provocative and thoughtful purple shade”, this year’s vibrant shade of golden orange is supposed to convey the “innate need for optimism and joyful pursuits” as a response to social media and digital technology.

Here’s a look at five contemporary interiors that have already put the lovable shade, Living Coral, to good use.

Apartment in Born, Spain, by Colombo and Serboli Architecture

Colombo and Serboli Architecture applied different shades of pink in their revamp of this Barcelona flat, but chose coral for an arched volume that dominates the kitchen and living area.

This volume, which contains a guest bathroom, makes a strong impression against the paler shades.

Coral bench seats, chandeliers, and counters feature in this Ukranian bakery, which designers Lera Brumina and Artem Trigubchak decked out in various shades of pink to enhance the “warm colour of bread”.

Contrast is offered by the wall surfaces, which feature pale cobalt blue and reflective gold.

A coral armchair and storage closet stand out inside this renovated 19th-century apartment in Stockholm, where Note Design Studio swapped the typically restrained Scandinavian color palette for bright pastel hues.

It creates a punchy impression alongside the other colors chosen for the interior, which include sage green and pale yellow.

Tribe Studio added an entirely coral-pink bathroom within this Sydney home. The shade was applied to its tiled walls, under-sink storage cabinet, and mirror frame.

The effect makes even white objects in the room look colored.

Architect Stamatios Giannikis used three colours to define different living areas of this Grecian home, but coral pink was the one he chose for spaces boasting views of the Mediterranean Sea. The colour is applied generously across walls, doors and wind frames.

“The use of bold colour is done in an effort to complement and strengthen the power of the sea view, not to suppress it,” he explained. 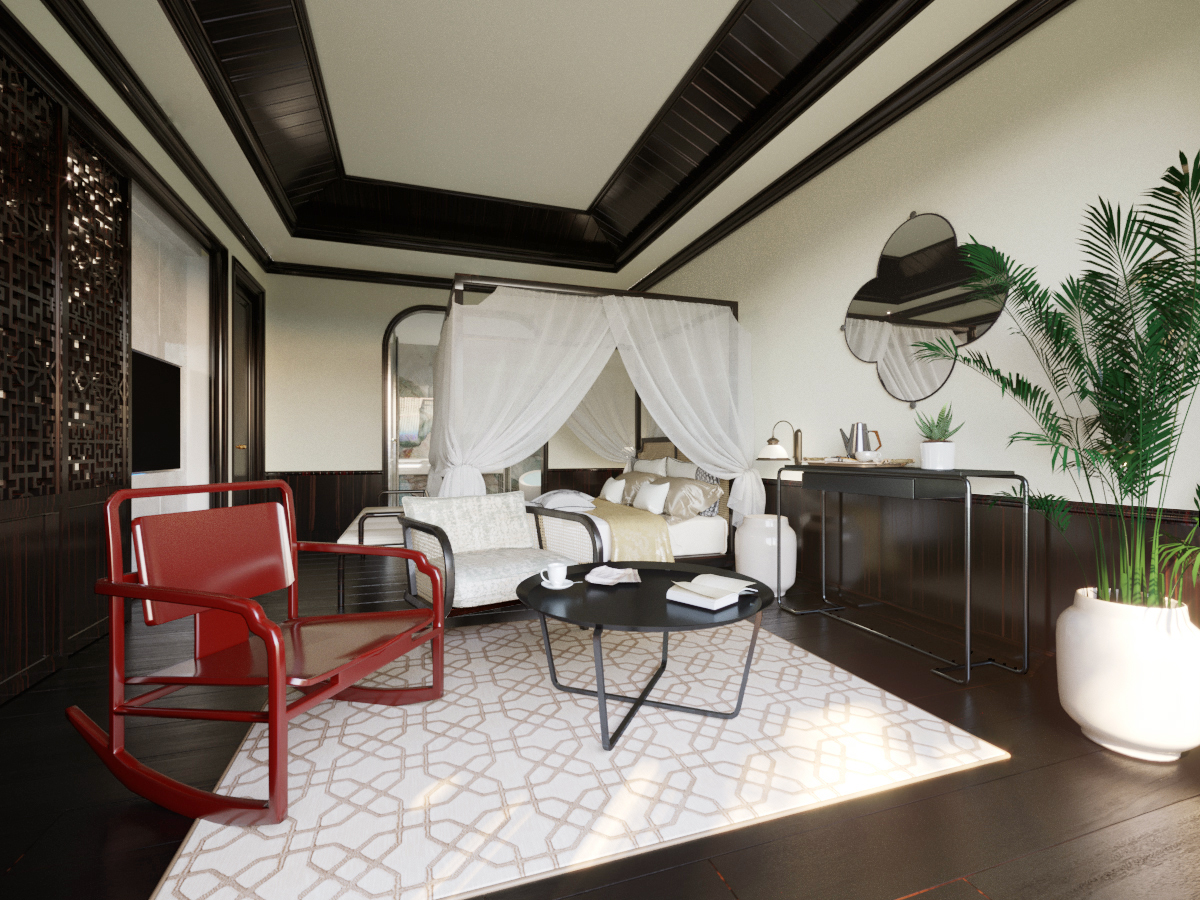